The principle advantages of pneumatic over self-acting valves are:

The valve body has three ports leading into flanged branches. Fluid flow through the valve is controlled by a rotor, the end shutters of which travel over two of the ports to direct flow to either the cooler or bypass branches, or to proportion the flow between the two. The rotor is driven by an electric actuator mounted on the valve; this is activated by a signal from the Walton electronic controller.

The 3-way valve body is of the standard Walton type and interchangeable with the bodies used for the range of self-acting valves. This means that it is a simple matter to convert a valve from self-acting or pneumatic to electric operation, and this can usually be achieved without removing the valve body from the system or modifying the pipework.

The pneumatic controllers available are:

The controller requires an input signal of the system's actual temperature. This is usually generated by a platinum resistance thermometer (PRT) which is installed in the system at the point where control of the fluid temperature is required.

The PRT converts the temperature into an electrical signal that the controller can recognise. Walton can supply PRTs suitable for most applications. Alternatively, a controller is available which responds to a 4-20mA signal; this can be generated by a wide range of devices. 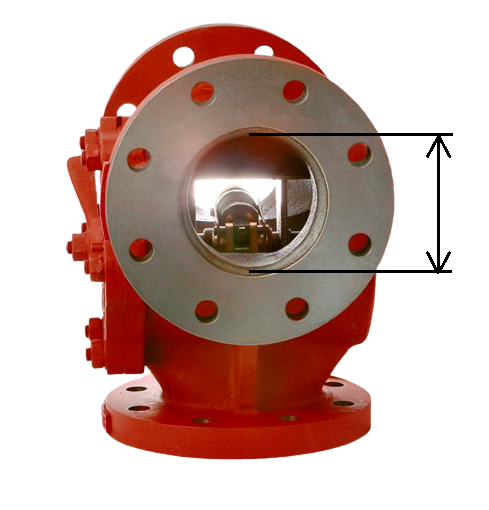 The maximum flow rates that can be accommodated in each valve size are shown here.

The possible handings are shown on the right:

Walton direct operated valves may be installed as either flow diverting or mixing valves.

When installed as a flow diverting valve and at temperatures below the operating range, the rotor directs all the fluid to bypass the cooler, while at temperatures above the operating range, all the fluid is directed through the cooler. During normal operation the flow is automatically proportioned between the bypass and cooler to maintain the incoming fluid within the range of the temperature sensitive element with which the valve is fitted.

When operating as a mixing valve, the hot and cold fluid streams enter the lower ports in a proportion determined by the position of the rotor and maintain the temperature of the fluid leaving the upper port within the operating range of the element.

It is recommended that the valve controlling the flow of fluid through or around the cooler is fitted downstream of the cooler to operate as a mixing valve, proportioning the flow between cooler and cooler bypass.

To mitigate undue loading on the valve mechanism's main bearings, we would recommend that where possible the valve be installed with its actuator in the upright position.

The sensor generating the operating signal is mounted in the system at the point where control of the fluid temperature is required.

The system pipework should be as simple and compact as possible. The cooler by-pass pipe should be designed for minimal pressure loss. The pressure difference across the 3-way valve at full flow through either the cooler or cooler bypass should not exceed 0.8 bars.

A degree of flexibility in at least one of the connecting pipes is desirable although, if care is taken on installation, not essential. Mounting of the valve should be such that it is not subjected to excessive loading or vibration under running conditions.

For marine applications, temperature variations, pipe expansion and movement of the ship's hull should be taken into account when designing the piping runs and supports.

Our advanced computer aided design software and the flexible nature of the Walton valve design mean that this can often be a cost-effective approach. 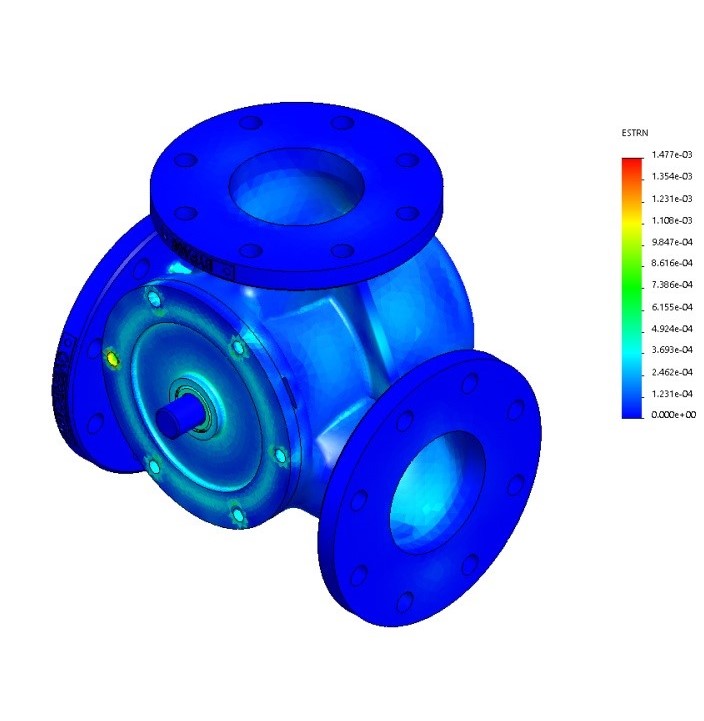 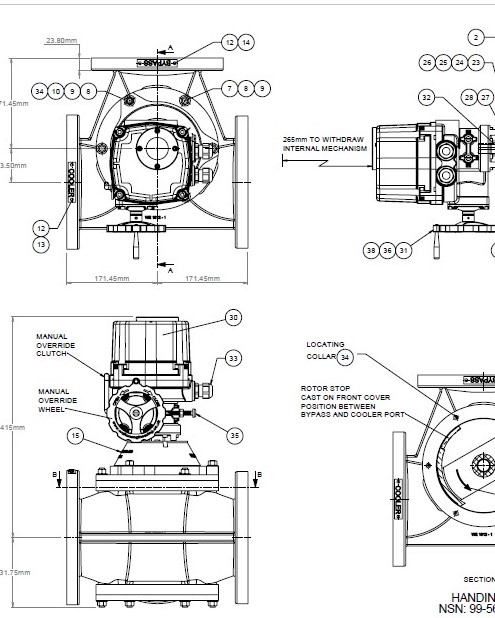